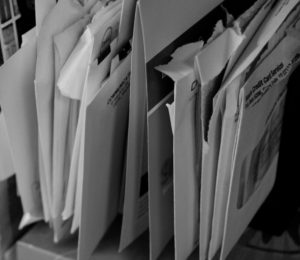 EFFECTIVE FEBRUARY 1, 2021   U.S. Postal Service, ASM, Sec. 274.96 “Authorized personnel of prisons, jails, or other correctional institutions, under lawful rules and regulations, may open, examine, and censor mail addressed to an inmate of the institution if the inmate-addressee consents to receive his or her mail at the institution through the institutional authorities. If the inmate does not consent, the personnel may return it to the post office unopened, marked “refused.” An inmate may designate in writing an agent outside the institution to receive his or her mail, either through an authorized address of the agent if the mail is so addressed, or at the delivery post office serving the institution, if the mail is addressed to the inmate at the institution.” Correspondence from inmates does not become U.S. mail until it comes into the actual custody and control of the Postal Service, either when given to a postal employee or when deposited into a receptacle authorized by the Postmaster-General for the receipt of mail; (i.e., a street collection box, lobby drop in a U.S. Post Office, etc.). Therefore, unless items are considered actual mail matter as referenced above, the federal laws pertaining to the protection of mail matter do not apply. Christian County is a postcard-only facility for all incoming and outgoing mail. With the exception of Legal Mail effective February 1, 2021 Outgoing Mail Incoming Mail   Unacceptable postcards will be returned to the sender.   Captain Ronald Floyd 110 W. Elm Room 70 Ozark, MO 65721 Mail Limitation NOTE: The U.S. Postal Service will not return magazines and newspapers to the sender in the absence of the Inmate.  It is entirely the Inmate’s responsibility to notify the publisher of his or her change of address or desire to cancel the subscription.  The Jail will not be responsible whatsoever for a former Inmate’s loss due to the Inmate’s failure to notify a publisher of his/her release from our custody.

Sheriff Brad Cole had deputies attending events this week in Nixa and Fort Leonard Wood. It’s always great to get out in the community we serve and continue to search for qualified applicants to serve the citizens of Christian County. This weekend Deputy Bill Whitaker represented the Christian County Sheriff’s Office during the annual Nixa Sucker Day Event. Bill had many folks stop and contact him during the three-day event. Sheriff Cole said “Our deputies enjoyed the weekend and were happy to participate, we will see everyone next year.”
... See MoreSee Less
View on Facebook
·
Share